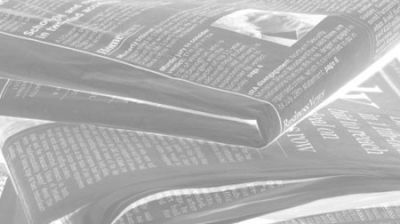 Members ofthe European Chamber of Commerce of the Philippines (ECCP) can now enjoy increased visibility to existing and potential clients and partners worldwide with the integration of WebTalk the first complete and fully functional communication services via the web on the chamber's newly renovated website. Read More

Cyril Rocke, president of VoiceOne Asia, demonstrates to journalists the use of Webtalk, while Henry Schumacher, executive vice president of the European Chamber of Commerce of the Philippines (ECCP), answers the call from a tableture through the Web. Read More

The European Chamber of Commerce of the Philippines ECCP said it will make available to its members a free Internet based service that would help cut communication costs. Read More

To ease current business processes, nearly 700 members of the European Chamber of Commerce of the Philippines (ECCP) can begin transacting with their clients and suppliers through the free use of internet. Read More

It was a hell of a story, a beautiful dream. But it was also a great and fatal illusion. The world economy was on a sustainable growth path â€“ this was the opinion of the majority of managers and company owners, it was the view among bankers and economists. A high, growing, inflation-free growth of 4 â€“ 5% per annum was possible, globally! Finally, major parts of the world population would leave poverty behind them. Read More

The Philippines --- for more than a century --- has looked east, because at the end of the rainbow was the American Dream, the United States of America. More than 2.5 million Filipinos have settled in the US. The US has become the largest trading partner and the Philippines inherited the American political and legal system. Read More

Despite the general belief that the Philippines will largely be spared from the effects of the global economic crisis, I prepared a list of things (not in order of importance) that would be good to have in 2009 just in case the prevailing optimism is hit by realism. Read More