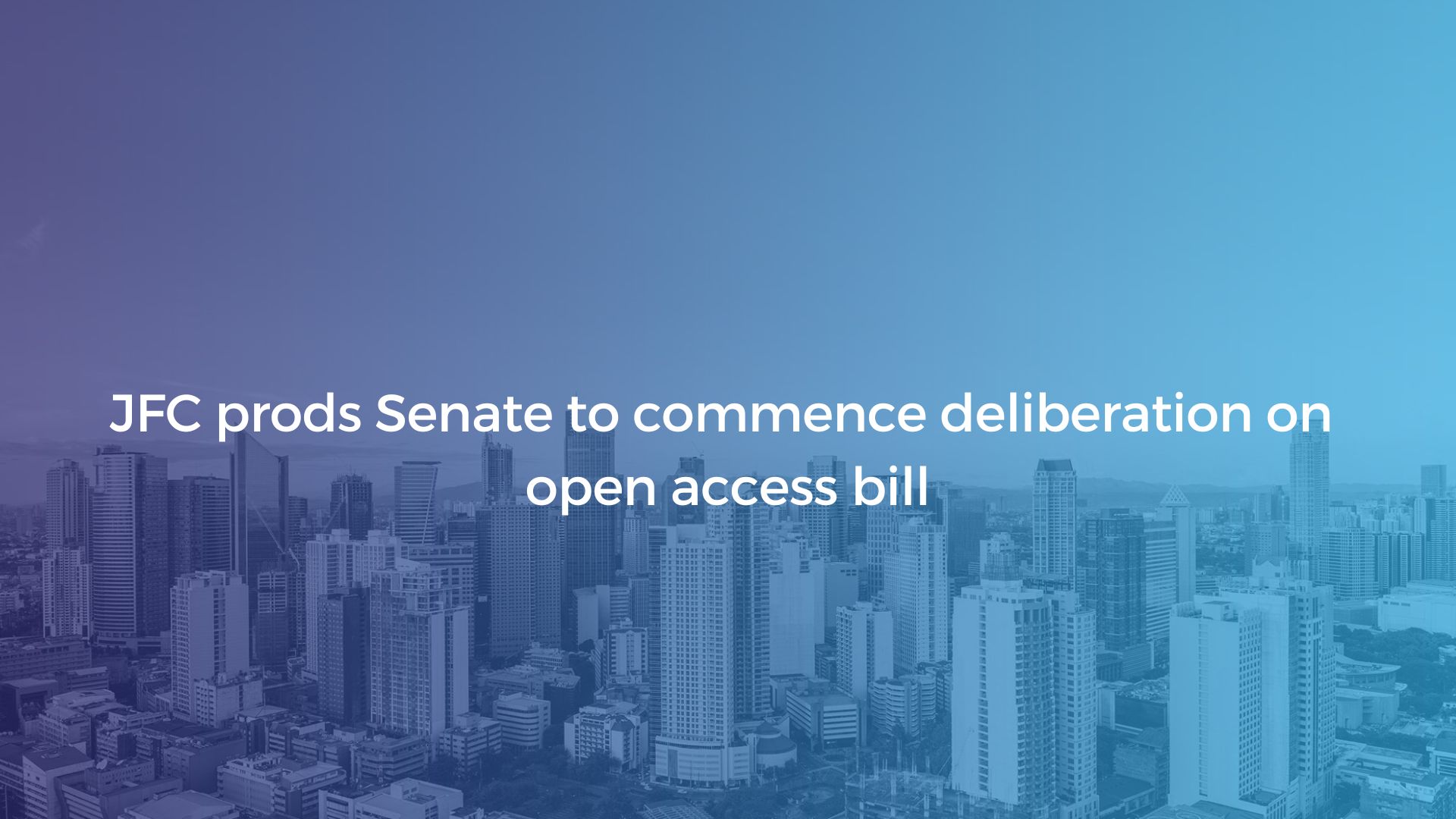 The Joint Foreign Chambers (JFC) has called on the Senate to commence deliberation on the Open Access in Data Transmission Act upon resumption of sessions next week.

According to the members of the JFC, the House of Representatives approved House Bill 6, or the Open Access in Data Transmission Act, on third reading before going into recess last December. With this, the foreign business groups said, the bill was transmitted to the Senate for deliberation.

This is the third time that the House has approved the bill on third reading after approvals in both the 17th and 18th Congress. However, the bill failed to get Senate approval in both Congresses.

But since the bill was approved “early” in the 19th Congress, the members of the JFC expressed optimism that the Senate will have “enough time” to deliberate and approve the measure, considering no less than the Senate President filed a counterpart measure to the Open Access bill filed by House Speaker Ferdinand Martin Romualdez.

In a position paper sent to the chairperson of the Senate Science and Technology Committee, the JFC explained that the Open Access bill “seeks to address the need for fast, reliable and affordable Internet or data service.”

Further, the JFC said with the enactment of the bill, the market is unlocked and a competitive environment is developed that would benefit the public at large, as it lowers “regulatory barriers” and costs of entry for market players offering Internet service and promotes fair and open competition at different segments of the data transmission network.

This, the JFC said, will “significantly improve” data transmission services such as having faster Internet speed at lower costs throughout the country.

“The proposed Open Access in Data Transmission Act is critical to establishing a forward-looking and future-ready digital policy framework for the Philippines,” the foreign business groups said in a statement issued on Thursday.

Moreover, it said, the bill aims to create the space that will “allow and empower” as many different service providers as possible to build and operate data networks and give more choices to broadband users anywhere in the country, especially in the countryside.

The JFC is a coalition of the American, Australian-New Zealand, Canadian, European, Japanese, Korean chambers and the Philippine Association of Multinational Companies Regional Headquarters Inc.

It “supports and promotes” open international trade, increased foreign investment and improved conditions for business to benefit both the Philippines and the countries the JFC members represent.