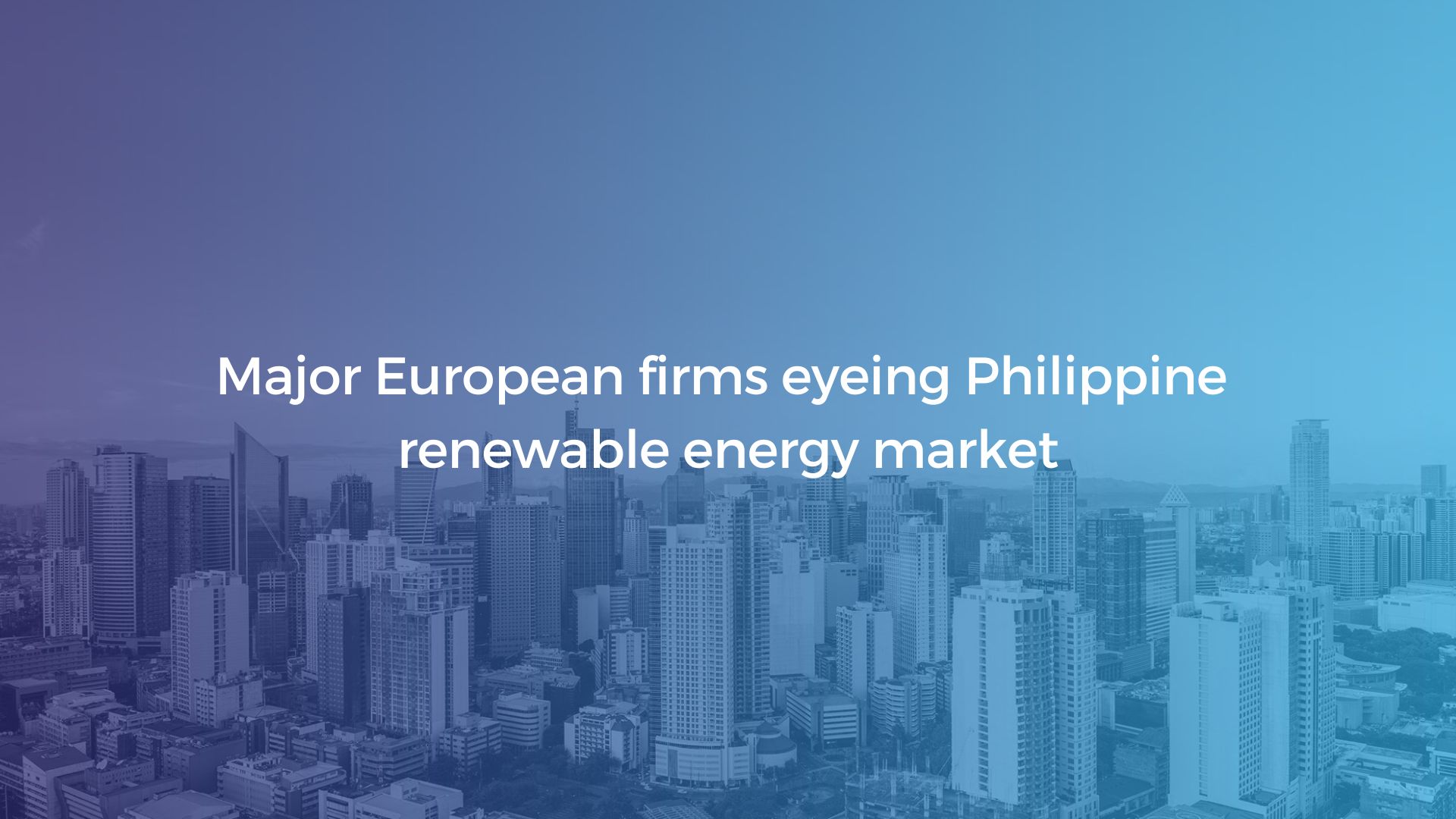 Major European firms in the renewable energy sector are looking at entering the Philippine market in the coming year, a top official of the European Chamber of Commerce of the Philippines (ECCP) said.

In an interview, ECCP President Lars Wittig said the companies are looking to penetrate the market as they want to expand their presence, being among the leaders of the billion-dollar industry.

“I think we’ll start seeing it already next year. They’ll be very fast. I think you will see all of the global leaders from Europe giving bits on this. I don’t think you can exclude any of the leading companies from Europe,” he said.

In particular, Wittig cited offshore wind energy, which utilizes floating wind farms that are established on floating structures, harnessing the force of the wind which is said to be stronger at sea.

“They are floating, so we are not even afraid of the usual threats of earthquakes, etcetera. Not only is it the only way to get green energy, it’s also the fastest way to grow the capacity of the electricity in the country, in any country,” he added.

Just last month the Department of Energy (DOE) amended a section of the implementing rules and regulations (IRR) of the Renewable Energy (RE) Act of 2008, allowing foreign investors or companies to engage in exploration, development, and utilization activities.

The development was in line with an opinion released by the Department of Justice (DOJ) in September, provided that the utilization of water resources should continue to be subject to foreign ownership restriction.

This comes as the country targets to have renewable energy accounting for 35% of the power generation mix by 2030, and grow this to 50% by 2040.

The Joint Foreign Chambers of the Philippines (JFC), which counts the ECCP as a member, targets $128 billion worth of foreign direct investments (FDI) into the country by the end of 2030.

Among the drivers of optimism include the recently approved IRR on foreign ownership of renewable energy, and the amendment of the Public Service Act which allowed foreigners to fully own public services such as telecommunications and railways, among others.

Data from the Bangko Sentral ng Pilipinas (BSP), however, show that FDI net inflows into the country fell by double-digits to $797 million in August, marking the fourth straight month of declines. — DVM, GMA Integrated News