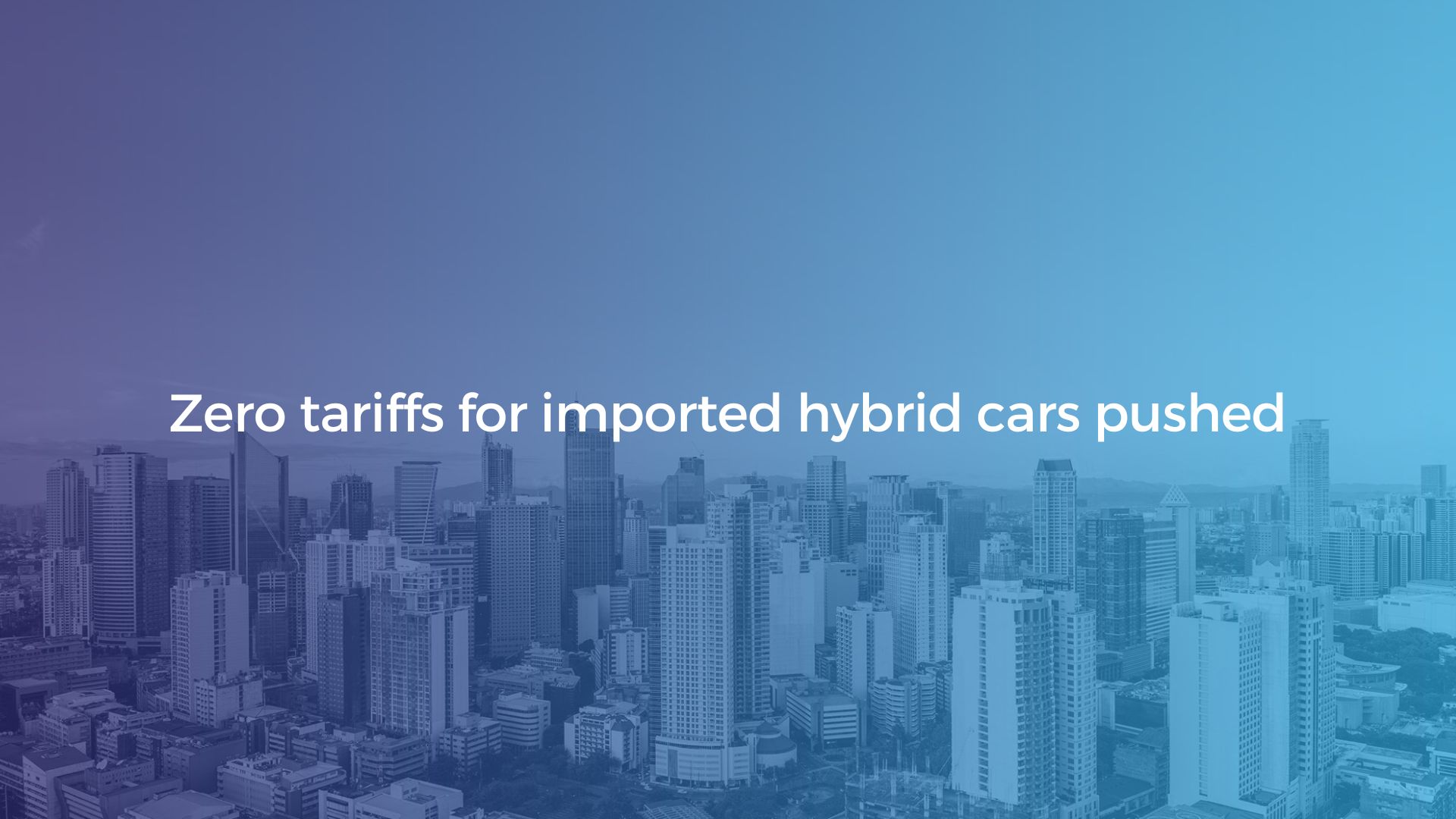 Five foreign chambers of commerce are pushing for the inclusion of hybrid cars in the government’s plan to implement a five-year zero duty scheme on imported electric vehicles, citing the importance of its inclusion in the new tax policy expected to be approved soon by President Marcos.

“First of all, we applaud the government for these initiatives. It’s the first country in Asean (Association of Southeast Asian Nations) to allow zero import duty on foreign electrical vehicles. The reason we bring it up is because we also want to include hybrid cars and not only from Asia or Asean but also from Europe,” European Chamber of Commerce of the Philippines president Lars Wittig said at a press conference last week

For his part, Bradley Norman, president of the Australia-New Zealand Chamber of Commerce of the Philippines, said: “It would certainly be great if it applied to hybrid as well because that tends to be the bridge between full fossil fuel mode of vehicles to electric vehicles. Some of us are not quite sure about electric vehicles (EVs) and would go with hybrids.”

American Chamber of Commerce of the Philippines (AmCham) executive director Ebb Hinchcliffe also echoed the sentiment of the two, citing the wide use of hybrid cars, citing Sri Lanka in particular, where he said most people are using hybrid cars.

“Until we have the ability to manufacture EVs in the country, then for sure we should be able to have zero import duty on all [electric] vehicles coming in. And I just wish it had been [for] hybrids,” the AmCham official said.

“Electric vehicles need to (come in) with the infrastructure, like the charging stations and everything. So, you cannot only drive in Makati and Metro Manila. So, I think hybrid and all these combinations (would be) a good start in changing from combustion engine (vehicles) to electric cars,” the KCCP president said.

“Japanese automotive companies (are) concentrated on hybrid vehicles. EVs? Not so,” Fujii said for his part, adding that Japanese carmakers were still catching up with European makers in the area of pure electric vehicles.

Before the pandemic, in 2019 in particular, the total share of HEV’s was even higher at 98 percent.