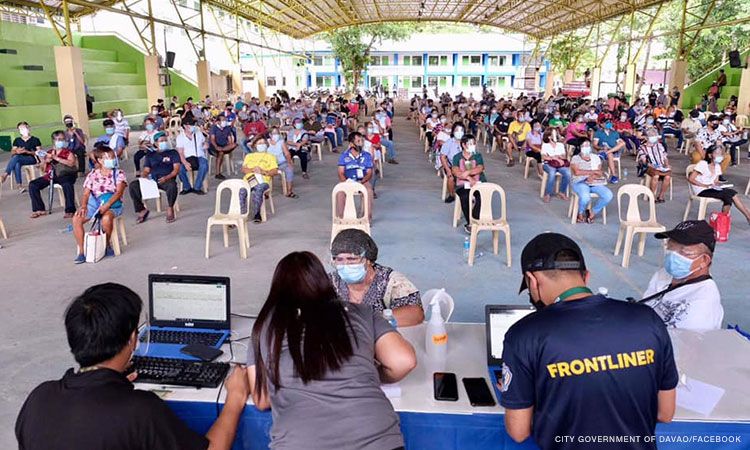 Davao City continued to record the highest number of new cases per day, averaging at 303 for the week of June 29 to July 5, OCTA said in its monitoring report released Tuesday.

Aside from the seven-day average of new infections, OCTA also monitors other indicators in order to classify the risk levels for COVID-19 in the country. These are the reproduction number in local government units, the hospitalization or intensive care unit utilization rate, and the testing rate.

Based on OCTA's report, Davao City and Iloilo City reported high ICU utilization rates at 90% and 94%, respectively. On the other hand, high positivity rates were recorded in Bacolod, General Santos, and Tagum.

The entire Philippines was rated at moderate risk for COVID-19 with a daily average of 5,451 new cases — down 3% from the previous week's average, OCTA noted.

Metro Manila was also tagged under the moderate category after listing an average of 644 new cases per day — 5% lower than the previous week.

The country's overall COVID-19 case tally climbed to 1,445,832 on Tuesday after the Department of Health reported 4,114 new infections.