Number of jobless Filipinos improves to 3.73M in May as restrictions ease — PSA 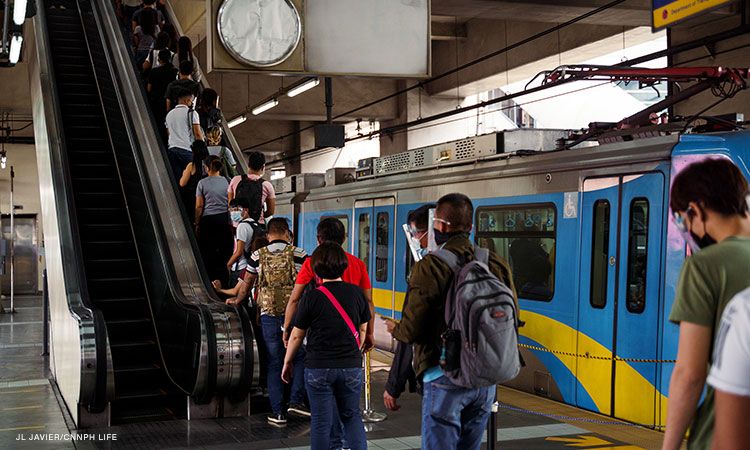 Metro Manila (CNN Philippines, July 1) — More Filipinos were able to find work in May with the gradual easing of quarantine restrictions aimed to curb the spread of COVID-19, the Philippine Statistics Authority said Thursday.

National Statistician Dennis Mapa reported a national 7.7% unemployment rate among residents aged 15 and up, better than April's 8.7%. This means 3.73 million Filipinos are without jobs — lower than 4.14 million the month prior.

Around 44.72 million Filipinos were also employed in May, up from 43.27 million the month prior. These figures correspond to employment rates of 44.72% and 43.27%, respectively.

The labor force participation rate stood at 64.6% during the month, meaning 48.45 million Filipinos had jobs or wanted to find work — higher than April’s 63.2% rate or 47.41 million tally.

Metro Manila, Bulacan, Cavite, Laguna, and Rizal — collectively known as NCR Plus — were under modified enhanced community quarantine (MECQ) from April 12 to May 14 due to a surge in coronavirus infections. The area then shifted to the less strict general community quarantine (GCQ) with restrictions.

Meanwhile, other areas were placed under different quarantine levels ranging from MECQ, to GCQ and modified GCQ.

The services sector contributed 57.8% of total employment in May, while agriculture comprised 23.8% and industry, 18.4%.

Wholesale and retail trade of motor vehicles saw the highest rise in employment figures, with 385,000 jobs added to the subsector. Agriculture and forestry, public administration and defense, construction and other service activities also saw more jobs in May.

On the other hand, fishing and aquaculture logged the biggest fall in job numbers with a 218,000 drop. Administrative and support service activities, along with mining and quarrying saw employment figures fall in May. This was also observed in the subsectors professional, scientific and technical activities alongside electricity, gas, steam, and air conditioning supply.

The PSA chief also reported an underemployment rate of 12.3% in May, or 5.49 million Filipinos vying for longer work hours or better job opportunities.

The agency confirmed to CNN Philippines in an email that this rate is the lowest "since 1987," but emphasized that the "definition of unemployed changed starting April 2005."

[Translation: What we’re seeing is there’s a substantial number of persons which got full-time jobs, ones with 40 hours, and they aren’t looking for more jobs anymore.]

These were backed by data: The average number of hours worked in a week rose to 39 hours during the month from the 38-hour mean logged in June, while 61.3% of employed individuals worked at least 40 hours weekly in May, up from 55.9% in April.

Meanwhile, 31.3% of total employed individuals logged less than 40 work hours a week during the month, less than 41.7% in June.

The economic team said in a separate statement that efforts to further reopen the economy allowed more Filipinos to join the labor force again and earn enough income, as shown by the lower underemployment rate.

However, about 1.4% of employed Filipinos were unable to report to work in May — way below April's 2.5%. Mapa said "variable" working time or nature of work, lockdowns, and health or medical limitations were the top reasons.

Economic managers emphasized the implementation of the government's recovery package - which includes the recently adopted National Employment Recovery Strategy - along with the acceleration of the national COVID-19 vaccine drive, will sustain recent gains and help achieve the targeted 6-7% economic growth this year.