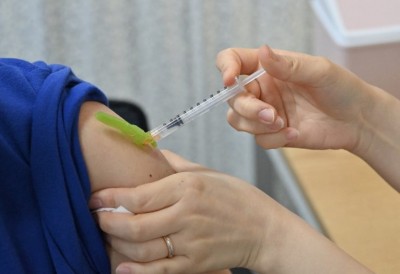 The National Task Force Against COVID-19 (NTF) has expanded the government’s vaccination focus area by adding 10 more cities that would get a bigger share of vaccines in the coming weeks.

Collectively called the “Plus 10” area, these cities would get more doses, just as the original priority group (Metro Manila, Cavite, Laguna, Pampanga, Batangas, Rizal, Bulacan, Metro Davao and Metro Cebu), than the rest of the country.

Given the limited global vaccine supply, the NTF prioritizes the densest areas, key economic drivers and those experiencing a case surge, said vaccination deputy chief Vince Dizon in Thursday’s briefing with Israeli health experts who were in the Philippines for a cross-country sharing of experiences on pandemic response.

According to the Department of Health, the Bangsamoro Autonomous Region in Muslim Mindanao and the regions of Caraga, Soccsksargen, Bicol and Mimaropa, still lack ultralow freezers and are therefore incapable of getting Pfizer, Moderna and Sputnik V.

But Duque said: “That’s the beauty of the policy of the national government to adapt a diversified vaccine portfolio [since] there are limitations in some regions where there is no adequate ultralow storage capacity. So we give them the Sinovac [and] other vaccines.”

Cabotaje said the country had administered 9.2 million doses as of June 23 and was about 97-percent complete in inoculating 1.6 million health workers at least with a first dose.

Dizon said with the average daily inoculation (about 300,000) in June, the country could hit 4 to 5 million doses injected this month, or just about the same combined output in the previous three months. INQ