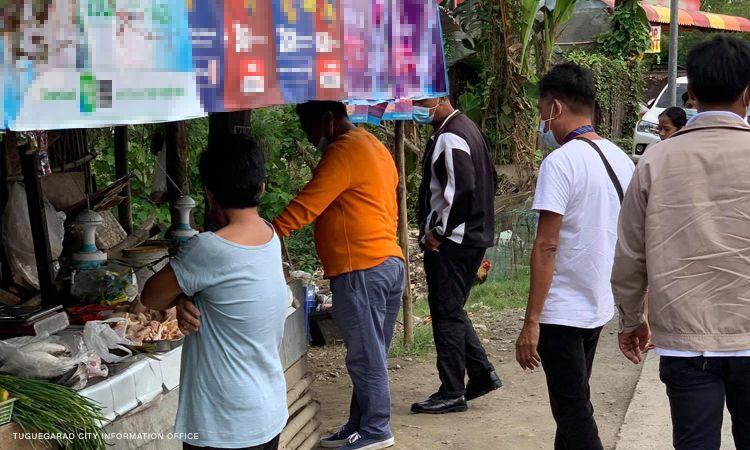 The inter-agency Development Budget Coordination Committee (DBCC) on Tuesday said they only see the economy growing by 6-7% in 2021, slower than the original 6.5-7.5% target following a continued recession in the first three months of the year.

Local economic output shrank by 4.2% in January-March, marking the fifth straight quarter of contraction and suffering the biggest drop compared to its Southeast Asian neighbors. The last week of March saw a return to lockdowns in Metro Manila and nearby provinces, which are centers of business and trade.

Philippine gross domestic product (GDP), a tally of all goods and services turned out by the economy, fell by 9.6% in 2020 as lockdowns and quarantine restrictions forced businesses to reduce or stop operations, triggering job losses which left families poor and hungry.

The economy will only return to its pre-pandemic level by 2022, DBCC officials added, when it is seen to pick up by 7-9%, a high rate owing to the depths of the slump it will come from. Annual growth will then return to the 6-7% typical pace in 2023 and 2024, the officials said.

But the deep scars of the local outbreak are far from healed, with the government needing about ₱170 billion more to fund a new round of cash aid and other recovery programs proposed by Congress. Finance Secretary Carlos Dominguez III appealed for calm among lawmakers, saying funding sources should be identified before they pass such bills.

Overall pandemic response combined with other state spending will leave the country’s coffers short of ₱1.8 trillion this year, or 9.4% of GDP – larger than last year's ₱1.37 trillion budget gap.

EXPLAINER: What is fiscal deficit and why should it be controlled?

Since last week, authorities have been studying where it can cut corners and realign funds under the 2020 budget. Higher dividend remittances from state corporations are also being considered.

"It’s really getting to be very concerning, so any additional stimulus program... has to be revenue-neutral," Dominguez said. "We will be meeting again in the next few days to determine sources of these funds."

"It depends very much on the speed of our vaccination and where we target in the areas with high COVID cases," Chua said, noting that the economy must expand by 10% between April to December to even hit a 6% full-year growth.

"If we can reprioritize and target these areas, then it is very likely that we can open further the economy because the health conditions and consumer confidence will be revived faster," Chua added.