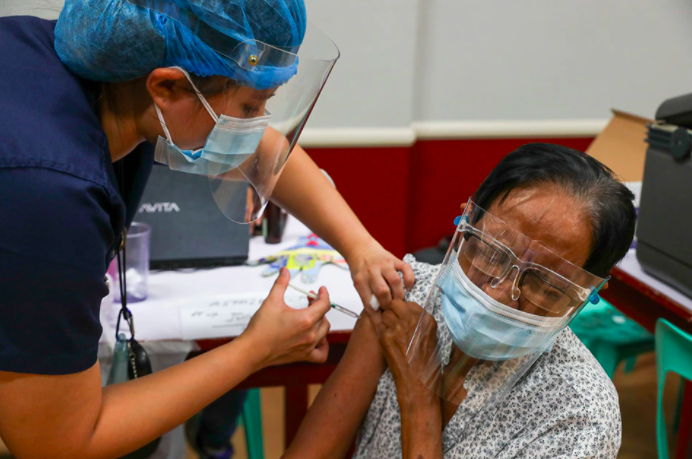 MANILA — The Philippines has administered nearly 3 million COVID-19 shots, Malacañang said on Monday, as it detailed plans on the vaccination drive.

Out of the Philippines' some 1.7 million health workers, the top vaccine priority group, at least 1.215 million jabs have been administered, he said in a press briefing.

The government aims to start the vaccination of the general public by August, said Roque.

"Focus areas" with the highest COVID-19 cases will get about 42 percent of the country's total vaccine supply. These areas include Metro Manila, nearby Batangas, Bulacan, Cavite, Laguna, Pampanga and Rizal provinces, Metro Cebu, and Metro Davao, he said.

(That is the priority because we know these are the COVID-19 hotspots, which is not a badge of honor.)

"It is really just an answer to a fact, a medical fact," he added.

The rest of the country will get around 58 percent of the vaccine supply, Roque said.

A population must aim to vaccinate 70 percent of its population to achieve herd immunity against COVID-19.

Herd immunity is the indirect protection from an infectious disease that happens when a population is immune either through vaccination or immunity developed through previous infection, according to the World Health Organization.