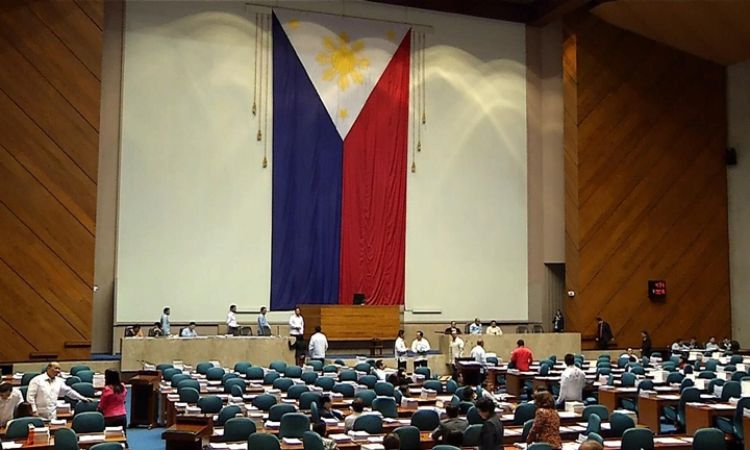 Metro Manila (CNN Philippines, May 14) – After a month-and-half long break, Congress resumes session on Monday with a legislative proposal to further open up the Philippine economy to foreign ownership and control among the top agenda, a lawmaker said Friday.

It will be the Duterte administration's final attempt to amend the 1987 Constitution, with passage at the House of Representatives eyed by June before he delivers his last State of the Nation Address (SONA).

But proponents were quick to say the move will not be politically tainted as the proposed revisions will not cover political provisions, including the term of the president. While critics hit the timing of charter change - it being pushed barely a year before the presidential elections - proponents argue easing foreign ownership restrictions is the key to lifting the economy out of a pandemic-driven recession.

"I hope the general public will see this an economic measure more than a political measure," Interior and Local Government Undersecretary Jonathan Malaya told a briefing on Friday.

Instead, up for interpellation at the House would be solely economic provisions governing how much foreign investors can own and control in industries like mining, universities, mass media, telecommunication, IT, and other public utilities like water. Also tabled for debate is the provision on the lease and transfer of land.

Those are contained in the joint Resolution of Both Houses (RBH) No. 2, now sailing smoothly at the House under the leadership of Speaker Lord Allan Velasco.

"Hopefully this [RBH No. 2] can be approved on third reading before SONA," Marikina 2nd District Representative Stella Luz Quimbo said in a forum organized by the DILG.

"The resolution is quite timely. Dapat kahapon pa natin ito ginawa [This should have been done long ago]," she added.

Central to the House debates is the 60-40 rule that favors Filipino citizens and consequently limits foreign investors from having a wider say in decision-making.

Proponents are avoiding the long-winded route of amending the 1987 Constitution by instead pushing for RBH No. 2, which allows legislators to insert the phrase "unless otherwise provided by law" to the following economic provisions: Article XII (National Patrimony and Economy), Article XIV (Education, Science, and Technology), and Article XVI (General Provisions).

"What Congress is doing is not giving very specific amendments, but rather what Congress seeks to do is simply introduce flexibility kasi po kung mailagay ang amendment na (because if this amendment can be inserted) 'unless otherwise provided by law', the exact limit on foreign equity can now be determined by Congress and it will be treated like any regular amendment," Quimbo said.

"Hindi na po dadaan [we won't have to go] through the more tedious process of amending the Constitution which as you know requires three-fourths votes of all members and at the same time, we need to form either a constitutional assembly or maybe People's Initiative or a Concom. And on top of that, meron pang [there's the] requirement of a plebiscite so mas mahirap kung yan ang rota na kukunin natin [that will be a tougher route]."

Economist Bernardo Villegas - one of the framers of the 1987 Constitution - backed calls for economic reforms, saying some provisions are "an obstacle to sustainable and inclusive growth."

Over 500 participants joined Friday's virtual forum, with the construction sector among the loudest voices seeking to retain barriers to foreign investor entry, especially in government projects up for bidding.

"Will Costco kill the sari-sari store? My humble view is no," Quimbo said.

"They [sari-sari stores] provide credit. The only way credit exists is if they know everyone in the neighborhood... My fearless forecast is that small businesses will continue to survive."