DILG exec favors another week of ECQ in NCR Plus 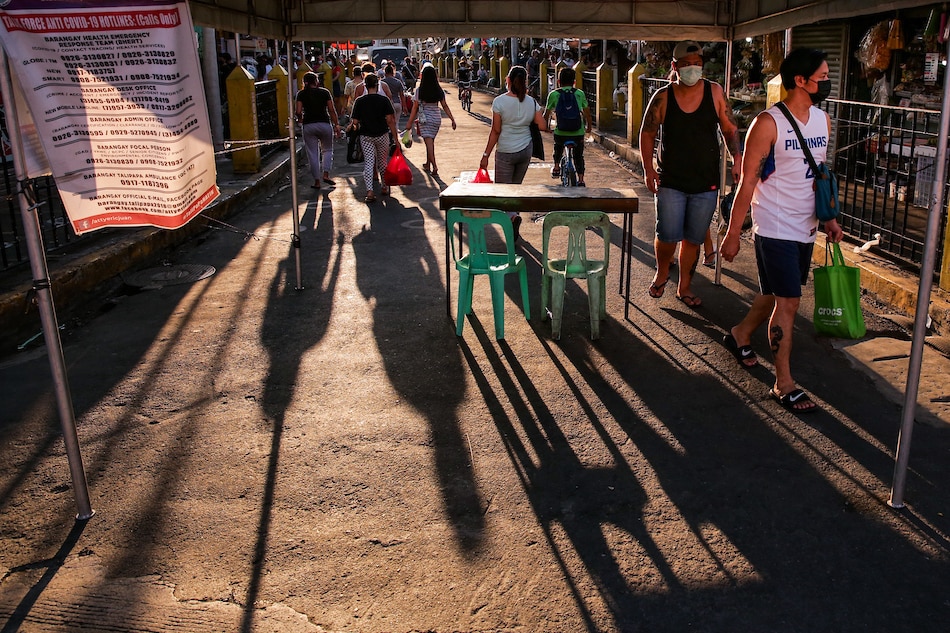 MANILA - The two-week hard lockdown in Metro Manila and four nearby provinces may not be enough to stem the spread of COVID-19, an official of the Department of the Interior and Local Government (DILG) said Saturday.

DILG officer-in-charge Bernardo Florece Jr. said the Inter-Agency Task Force (IATF) on COVID-19 response is set to meet Saturday to discuss the lockdown status of the areas collectively known as NCR Plus under the 2-week enhanced community quarantine.

The ECQ period is set to end on April 11 and government is expected to make an announcement on quarantine levels later Saturday.

(Almost 2 weeks, but we have yet to feel the effects so probably another week will be enough. But, at the end of the day, it is the members of the IATF who will debate on it, and will study what to recommend based on available science data.)

OCTA Research Group fellow Dr. Guido David had also recommended extending ECQ in NCR Plus to bring down the number of infections.

David had said that the reproduction rate in the bubble has gone down to 1.24, from Wednesday’s 1.43.

(The reproduction number should go down as well as the number of those hospitalized and the deaths. These are all being studied and we have experts that recommend to the IATF.)

On Friday, the Philippines reported a record-high 401 COVID-19 deaths, more than half of which have been reclassified, with active infections reaching an all-time high at over 178,000.