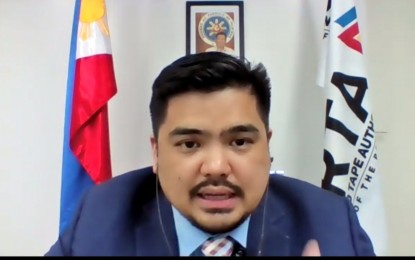 MANILA – With an enormous task to end burdensome and corrupt-ridden processes in government, the Anti-Red Tape Authority (ARTA) has been focusing on two key strategies to fulfill its mandate: empowerment and enforcement.

ARTA Director General Jeremiah Belgica delved deeper into these approaches when he presented before last Friday’s online forum of the European Chamber of Commerce of the Philippines (ECCP) titled “Regulatory Guillotine: Cutting the Red-Tape and Rolling the Red Carpet for Business”.

As provided in Republic Act 11032 or the Ease of Doing Business law, Belgica said the ARTA has been capacitated to penalize erring government officials and employees.

In fact, he mentioned that cases have already been filed against several agencies and government officials since he assumed office last July 3, 2019.

But for the ARTA czar, a more sustainable way to win the war against red tape is to empower citizens to resist complicated systems and demand simple and fast transactions in government for better service delivery.

“We acknowledge the important role of business sector in our fight against red tape. In fact, we have this partnership that we call ‘ARTA Champions’. The said partnership will enable us to collaborate with our selected partners to report to us any overregulation or red tape related incident. It does not necessarily mean that they must call out the agency by themselves. Instead, ARTA will train and capacitate them,” Belgica said.

Belgica also spoke about some technologies they implemented to improve the doing of business in the country. One of these is the rolling out of the Central Business Portal or CBP that serves as the main platform in receiving applications and capturing application data involving business-related transactions.

“In fact, we received positive feedback from those clients and business applicants who already used the portal,” Belgica said, enjoining everyone to use the portal which can be accessed at business.gov.ph.

The agency has also been active in overseeing streamlining and automation efforts of various government institutions.

Aside from the ARTA chief, the webinar was also attended by Dr. Amal Makhloufi Benchouk, Vice President, and Florian Gottein, Executive Director, both from ECCP; Dr. Mike Pfister, Senior Economic Advisor of the Regulatory Policy Division of Organization for Economic Co-operation and Development; Frank Grozel, Coordinator at Business Facilitation Program of United Nations Conference on Trade and Development; Atty. Ma. Luisa Fernandez-Guina from Quisumbing Torres; and, John Forbes, Senior Adviser of Joint Foreign Chambers of the Philippines, among others. (PR)