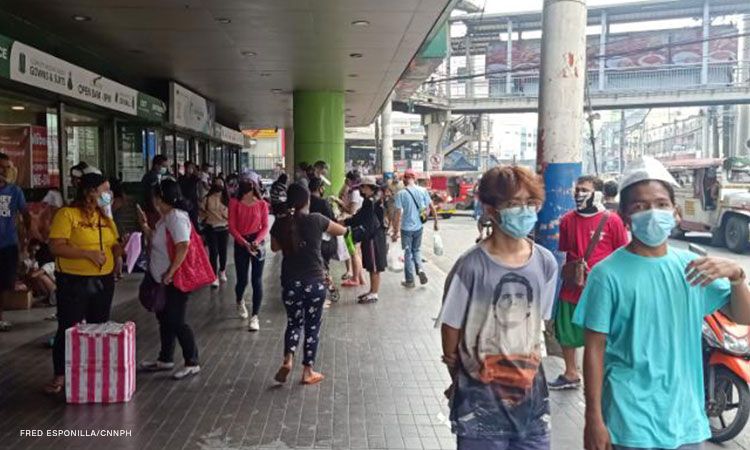 Metro Manila (CNN Philippines, March 10) — Metro Manila mayors are set to convene this week to discuss the possible need to change major COVID-19 policies amid the spike of new coronavirus infections in the capital region.

MMDA Chairman Benhur Abalos on Wednesday said the local chief executives will meet with the Health Department and OCTA Research Group to get the full picture of the health situation so they can formulate possible revisions to contact tracing, testing, and quarantine efforts.

He added they will also talk about possibly enforcing unified, longer curfew hours in the National Capital Region. Caloocan and San Juan expanded their curfew hours starting Wednesday, but majority of the 17 cities and municipality still enforce curfew from 12am to 4am.

They are also set to discuss if there is a need to impose stricter border controls especially in areas close to Metro Manila.

[Translation: They (Mayors) said we are working double time in Metro Manila, maybe it can be carried out nationwide. The only solution we see is for all local government units to impose stricter rules, not just in Metro Manila.]

Abalos also said MMDA will hire 300 contact tracers to distribute throughout the region after a significant drop in the almost 10,000 personnel deployed during the height of the pandemic. He added that the Interior Department also committed to send police officers to crackdown on health protocol violators. The official also expressed alarm that quarantine hotels in the region are now 89% full.

WHO Representative to the Philippines Dr. Rabindra Abeyasinge on Tuesday said that Metro Manila is on "another spike in the ongoing (COVID-19) wave. He urged local government units to take a proactive role in imposing localized COVID-19 response, such as full enforcement of minimum public health standards, strengthened detection and isolation efforts, and enforcing limited granular lockdowns if necessary. He also said the 17 cities and municipality in the capital region need to carry out uniform protocols.

The independent group OCTA Research last week projected that Metro Manila may see up to 3,000 daily cases and up to 6,000 new infections nationwide by end of March as the rate of increase in the country's cases continues to pick up.