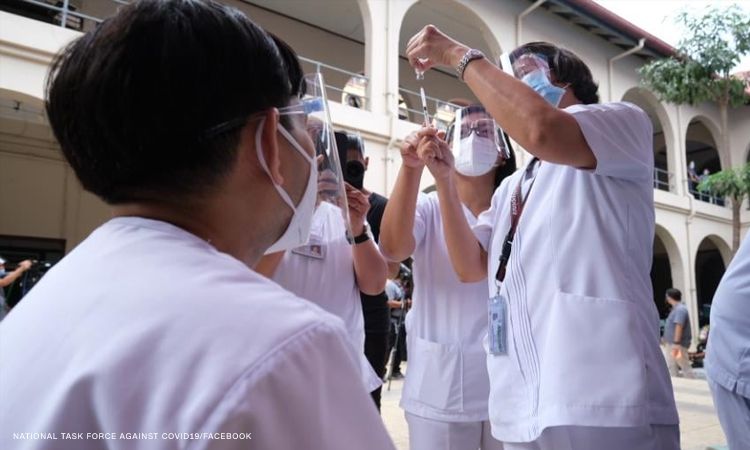 “He gave a figure like two million vaccines being rolled out as a start. That is when he would start reconsidering about itong pagbubukas (opening up the economy further),” he added.

He said the two million was just an indicative number that the President mentioned during the Cabinet meeting on Wednesday.

In February, the National Economic and Development Authority asked President Rodrigo Duterte to place the country under modified general community quarantine beginning March to stem huge economic losses. Based on NEDA’s computation, an area under GCQ is losing ₱700 million in wages and other income daily. But Duterte turned down the suggestion, saying vaccination should begin first before movement restrictions can be further relaxed. Metro Manila — the country's economic center, and nine other areas, retained their GCQ status in March. The rest of the country is under MGCQ.

With the launch of COVID-19 inoculations and the expected arrival of more anti-coronavirus shots, Nograles sees the MGCQ shift happening by the next quarter.

[Translation: The right time for the entire Philippines to shift to MGCQ may happen in the second quarter of the year.]

Duterte also said earlier this week that Filipinos may have to wait until 2023 before the country could return to normalcy. Malacañang denied the remark had any "chilling effect" on consumer activity.

[Translation: Like the President said, just start the vaccination drive and get more people inoculated and I will open all [economic activities]. Because he knows it's important for everyone to earn a living.]