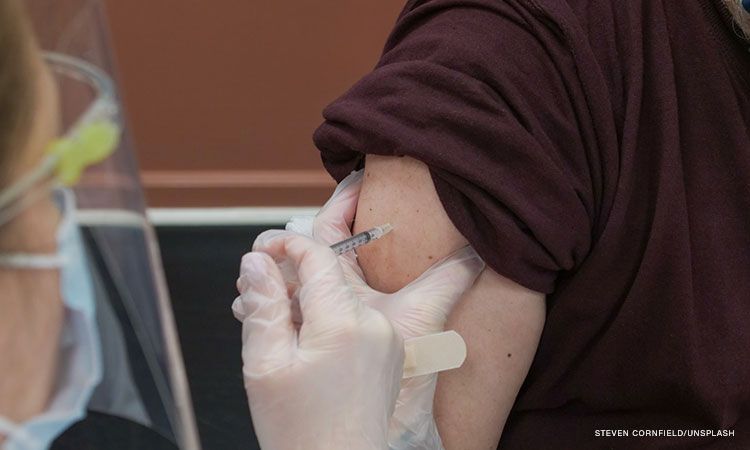 Metro Manila (CNN Philippines, February 23) — The bill seeking to expedite the purchase of COVID-19 vaccine and rollout of the government's vaccination program hurdled Congress on Tuesday.

The House of Representatives adopted the Senate version of the measure just hours after senators approved it on third and final reading. The lower chamber already approved the bill on Monday.

It will now be sent to President Rodrigo Duterte for his signature.

"With this measure, we hope to see the start of the inoculation of our population, starting with the priority sectors, at the shortest possible time," Senator Sonny Angara, the sponsor of the bill, said in a statement.

The measure, which was certified as urgent by Duterte, also allocates P500 million for the COVID-19 National Vaccine Indemnity Fund to compensate those who may experience serious side effects, or die after vaccination.

This will be handled by the Philippine Health Insurance Corporation or Philhealth, and sourced from the contingent fund.

The DOH will also be tasked to issue vaccine cards that will contain basic information about the individual; the manufacturer and brand of the vaccine administered; date of vaccination; date of last swab test; and the name of the facility where the vaccine was received, and the health professionals who administered the vaccine.

On procurement, local government units and the private sector will be allowed to purchase doses through multilateral agreement with the Department of Health, the National Task Force, and the vaccine supplier. LGUs will be also allowed to give an advance payment of up to 50%.

Provinces, cities, and municipalities will also be permitted to directly buy ancillary supplies for the storage, transportation, and deployment of vaccines.

Under the proposed law, public officials and employees, contractors, manufacturers and volunteers who are duly authorized to carry out the vaccination program shall be immune from suit unless it is based on willful misconduct or gross negligence.

Senate Majority Leader Juan Miguel Zubiri said during the session that the Philippines is the first country to have such legislation. He added that he hopes the bill will achieve its goal, to speed up vaccine procurement and administration, noting that the ball is now in the court of the executive.

The government targets to procure some 140 million doses of COVID-19 vaccine to immunize up to 70 million Filipinos this year.

Supplies from Pfizer, AstraZeneca, and Sinovac were expected to arrive this month, but were delayed due to different issues faced by manufacturers.