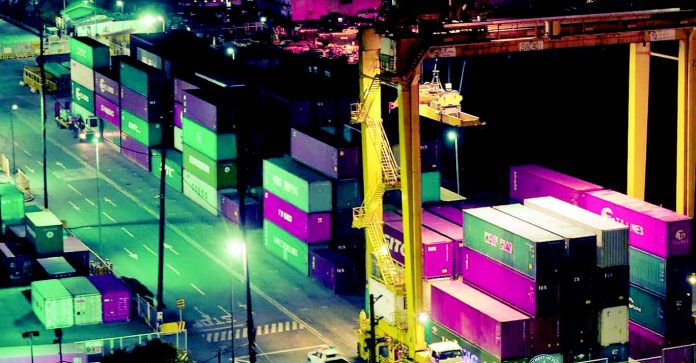 Shipping lines continue to complain of inability to retrieve empty containers that add to the cost of logistics.

In a forum hosted by the European Chamber of Commerce of the Philippines (ECCP), CMA CGM Philippines and SeaLand officials sounded off calls for assistance from the Bureau of Customs (BOC) to facilitate the return of containers that remain idle in terminals with shipments either abandoned by the shipper or seized by the Customs.

Yeya Berjaoui, general manager of CMA CGM said in both cases, shipping lines need those containers to be returned back to the fleet so shippers and exporters can use them.

Berjaoui suggested the establishment of dedicated warehouses to store seized commodities if they are not yet auctioned. This way, the containers can be returned and used again.

Klaus Nielsen, managing director at SeaLand said while the release time of containers has gone down considerably in many ports, “one concern though is that cost seems to be going up continuously.”

“More recently we have seen a cost increase for the handling of empty containers and, as most of the people on the panel will recognize, there is a significant trade imbalance in the Philippines, and many containers needs to go back to export countries, empty. So this adds a significant costs for the for the Philippine consumers and Philippines already has some of the highest handling costs in the region so that is something to think about,” Nielsen said.

Erastus Sandino Austria, district collector at the BOC Davao, in the same forum noted the need for cooperation of partners in the shipping industry and the port operators in dealing with issues of abandoned and seized cargoes .

He suggested a practice of his port district which set up a security warehouse where contents of containers are stored. He cited a particular case with CMA CGM where BOC was able to facilitate the return of some 34 empties via this scheme.

“Customs has been doing that. It’s a practice that we want to implement nationwide,” Austria said although he admitted this will be “very challenging for the Manila international container port and the port of Manila” which has “several thousands of twenty-foot equivalent units that are overstaying.”

He added BOC has been giving importers and exporters ample time to claim their shipments but “ the directive has always been for …. Each collection district to prioritize the disposal of all of these overstaying containers .. these potential sources of non traditional revenue after all, which is badly needed by government.”