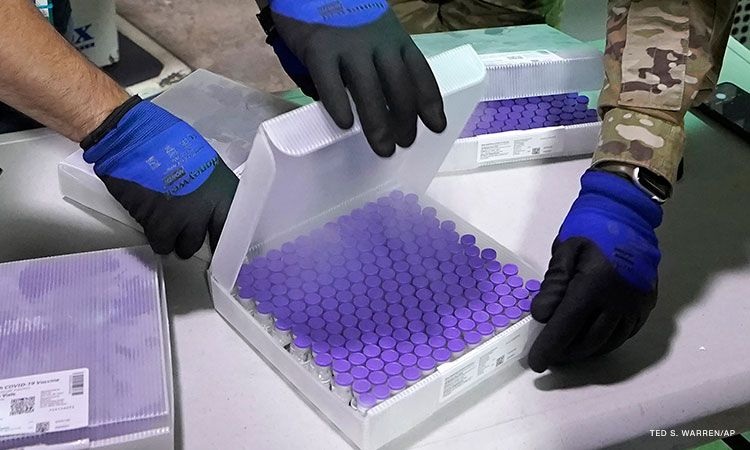 Metro Manila (CNN Philippines, February 9)— The first batch of the much-awaited coronavirus vaccines may arrive in the Philippines on February 13, the Department of Health said Tuesday.

DOH spokesperson Maria Rosario Vergeire confirmed to CNN Philippines that this was the indicative date agreed upon by the government and the organizers of the World Health Organization-led COVAX facility, which will be supplying the initial 117,000 Pfizer doses to the country.

“So if ever this will come on February 13, three days after we will begin the rollout,” Vergeire said in an interview with The Source. “Maybe February 15 or 16 we can start the immunization if and when the vaccines arrive on that date they’ve said.”

Vergeire, however, clarified they are still waiting for the final confirmation from COVAX.

“But what I’m confident is that the commitment by the second or third week of February would push through,” she said.

Presidential Spokesperson Harry Roque earlier said the government is ready to start the COVID-19 vaccination drive by February 15, but also stressed that the target inoculation date will still depend on the arrival of the vaccines.

The Philippines is expected to receive 5.6 million doses of vaccines in the first quarter of 2021 through the COVAX facility, the global initiative that seeks to ensure nations’ equitable access to the products.

“We’re going to provide other DOH-designated hospitals for COVID and that would include a specific hospital in Cebu and also in Davao,” the Health official revealed.

Aside from referral hospitals, Vergeire also listed down some local government hospitals and five private hospitals as possible beneficiaries of the doses. However, no specific names were mentioned.

Officials earlier said the initial vaccines are expected to cover over 50,000 medical frontliners and hospital staff at the Philippine General Hospital, Jose N. Rodriguez Memorial Hospital and Sanitarium or Tala Hospital, Lung Center of the Philippines, and the East Avenue Medical Center.