Transition to RE pushed 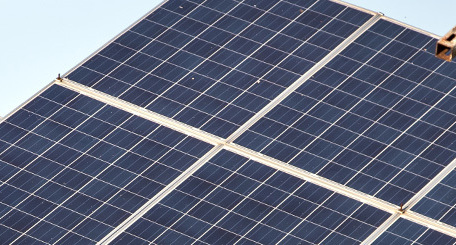 Energy stakeholders are making a push to transition the Philippines from fossil fuel to renewable sources by developing its own indigenous energy resources and lessen dependence on imports.

This was the consensus reached during the virtual forum, “Philippine Energy Transition: A Race through Economic Disruption, Technology Shifts and Innovation,” held by the Philippine Energy Independence Council (PEIC) in partnership with the European Chamber of Commerce of the Philippines (ECCP) last January 21.

Sen. Sherwin Gatchalian, chairperson of the Senate Energy Affairs Committee, said the Philippines can be successful in this endeavor through targeted regulations.

Congress has augmented the Department of Energy’s (DOE) budget by P40 million for research on energy sources such as nuclear and geothermal.

DOE Undersecretary Jesus Christino Posadas said one of the government’s priorities over the next two decades is to realize the target of 34,000 megawatts (MW) by the year 2040.

Posadas said the opening of the geothermal sector to foreign investment is a step towards this direction. About 22 predetermined areas covering geothermal resources had been identified and presented to stakeholders.

PEIC president Don Paulino said the campaign for a clean secure energy future should integrate the diverse aspects of the industry ecosystem to make them “more aligned, integrated, and complimentary to one another.”

That integration, he said, is pivotal to the PEIC’s Philippine Energy Plan which is aiming for 44,671 MW of RE, or 42.9 percent of the industry production,  by 2040.

Michael Velasco, vice president of Business Development and Industry Affairs of Vivant Energy Corporation, said that his company is exploring the combination of  renewable and conventional energies with the overall objective “to improve livelihood, and the adaptation of RE in offgrid, poor, and remote communities.”

“Gasoline has lower cost and can be implemented quicker. It can switch on and off quickly, and can support renewables. Gas is a transition fuel. Other technologies such as hydrogen will help to decarbonize gas.”