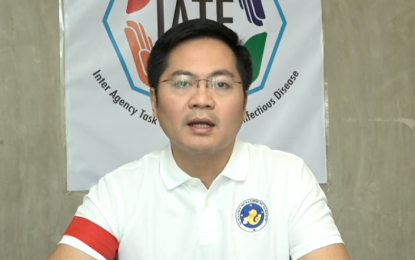 MANILA – The Inter-Agency Task Force on Zero Hunger has concluded a series of consultations from Nov. 26 to Dec. 4 with stakeholders in government and the private sector on the National Food Policy (NFP) which aims to address the priority concerns of hunger and poverty.

Cabinet Secretary Karlo Nograles, who heads the task force, said the five-part consultation “KUMAIN” series sought for inputs, comments, and suggestions on the government's NFP which was launched last Oct. 16.

The consultation series was divided into five segments, which were all attended by development partners and international organizations including the World Bank, Japan International Cooperation Agency, World Food Program, Food and Agriculture Organization, United Nations Children's Fund, World Health Organization, and the European Chamber of Commerce of the Philippines.

"We conducted the KUMAIN consultations thoroughly with as many partners as possible because we wanted a comprehensive and doable set of solutions. We also wanted all stakeholders to actively participate in enforcing the NFP based on their own inputs,” he said in a statement.

He said he was looking forward to having "a solid collaboration between the public and private sectors in implementing all their plans of action".

"Hunger and poverty elimination are priorities of the Duterte administration. The NFP is another tangible tool we will use to address these twin priorities," he added.

The Task Force was created by virtue of Executive Order 101 which was signed by President Rodrigo Duterte on Jan. 10, 2020.

According to the Social Weather Stations (SWS) survey conducted from Sept. 17 to 20, more than 7 million Filipino households have experienced involuntary hunger at least once from June to August.

The SWS survey showed that families who experienced hunger due to lack of food to eat reached a new record-high of 30.7 percent. This figure surpassed the previous peak of 23.8 percent in March 2012. (PNA)