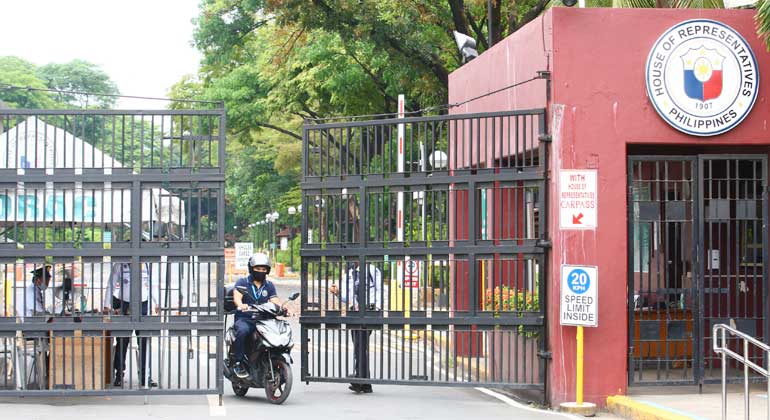 A DELAY in the passage of the 2021 national budget will likely hobble the Philippine economy’s recovery, as a reenacted budget will prevent the release of much-needed funds for the pandemic response and infrastructure projects, economists said.

“A reenacted budget means using the 2020 budget, which is not COVID-responsive. It is also some 9 to 10% lower, so will not help much in our (economic) recovery,” Mr. Chua said in a Viber message.

The government allocated P4.5 trillion for its 2021 spending plan, with around P1.1 trillion set aside for infrastructure projects that it hopes will fuel economic recovery.

The virus-hit Philippine economy slumped by a record 16.5% in the second quarter and is expected to contract between 4.5% to 6.6% this year. Economic managers expect gross domestic product (GDP) to grow by 6.5-7.5% next year.

The House of Representatives on Tuesday approved on second reading the 2021 national budget, but suspended sessions until Nov. 16 amid a leadership squabble. House leaders earlier committed to approving the budget bill by mid-October.

Due to this delay, senators said it is likely the government will operate under a reenacted budget in early 2021. The spending plan for this year stood at P4.1 trillion.

“A scenario of a reenacted national budget in 2021 may definitely lead to slower economic growth and reduced government spending especially on infrastructure, which is a key priority/pillar in the economic recovery program,” Michael L. Ricafort, chief economist of the Rizal Commercial Banking Corp. (RCBC), said in an e-mail.

Management Association of the Philippines (MAP) President Francis E. Lim said there should be no delays to the passage of the 2021 budget, “which is even more critical now given the need to mitigate the impact of the current crisis.”

“The situation reminds us of the 2019 national budget, the enactment of which was delayed due to the impasse between the Senate and the House of Representatives. As a result, our GDP grew only 5.6% in the first quarter of 2019, much lower than the 6.5% growth recorded during the same period of 2018,” Mr. Lim said in a statement.

This brought the country’s GDP growth at 5.9% for the full year 2019, the slowest in eight years.

RCBC’s Mr. Ricafort noted the GDP growth in 2019 would have settled at 7%, if the national budget was passed on time.

“(The) timely approval… will be important especially at this crucial time and situation to support funding for various COVID-19 programs and other government spending especially for infrastructure and other government projects that are needed most to further improve economic recovery prospects and, more importantly, also provide assistance for the hardest-hit/most vulnerable sectors,” Mr. Ricafort said.

The European Chamber of Commerce of the Philippines (ECCP) said lawmakers should approve the national budget in time, as the country faces economic and social challenges due to the pandemic.

“We trust that the Philippine government will prioritize the common good, and restore confidence of foreign investors in the country amidst uncertainties,” the ECCP told BusinessWorld.

Aside from the budget, the ECCP said Congress should prioritize the passage of the Accelerated Recovery and Investments Stimulus for the Economy (ARISE) bill, amendments to the Public Service Act, Retail Trade Act, and Foreign Investment Act.

“The swift passage of these measures will not only enhance business resiliency especially for heavily-affected industries and MSMEs, but also accelerate economic recovery through job generation and increased competitiveness,” ECCP said.

Meanwhile, Presidential Spokesperson Harry L. Roque, Jr. said Malacañang may call for a special session of Congress if needed to prevent the delay in the passage of the national budget.

“The House Speaker said it will be approved on final reading on Nov. 16, so I think there is enough time… If really needed, after Dec. 14, we may call for a special session,” he said during a briefing on Thursday.

Senator Panfilo M. Lacson, vice chairman of the finance committee, urged the House to resume session within the month even after House Speaker Alan Peter S. Cayetano insisted the suspension will only lead to a one-day delay in the passage of the national budget.

“It is definitely not a one-day difference as claimed by Speaker Cayetano… With that said, I have just suggested to the Speaker if it’s possible for him to resume their session, which is merely suspended and not adjourned, before All Saints’ Day just to approve on third and final reading the House version,” Mr. Lacson said in a statement.

Mr. Cayetano has promised the House will approve the budget bill on third and final reading on Nov. 16, giving the Senate little time to finalize their version and hold plenary debates.

“I also told him the senators… need at least one week to study the House version and submit to the mother committee our reports. Another week will be needed for the finance committee to consolidate everything and file its committee report. In doing so, we can start floor debates immediately after we resume session on Nov. 16, or even before that,” Mr. Lacson said.

Senate President Vicente C. Sotto III, for his part, asserted the deferment of the budget’s third reading approval until Nov. 16 will mean a month-long delay.

“Do not be misled, the (House) has delayed the budget for a whole month. No one can ever blame the Senate for this delay,” he said in a social media post.

Should Congress fail to submit the budget in time for President Rodrigo R. Duterte’s signature by the end of the year, this would be the second time the administration will be operating on a reenacted budget.

By Charmaine A. Tadalan, Reporter
and Kyle Aristophere T. Atienza