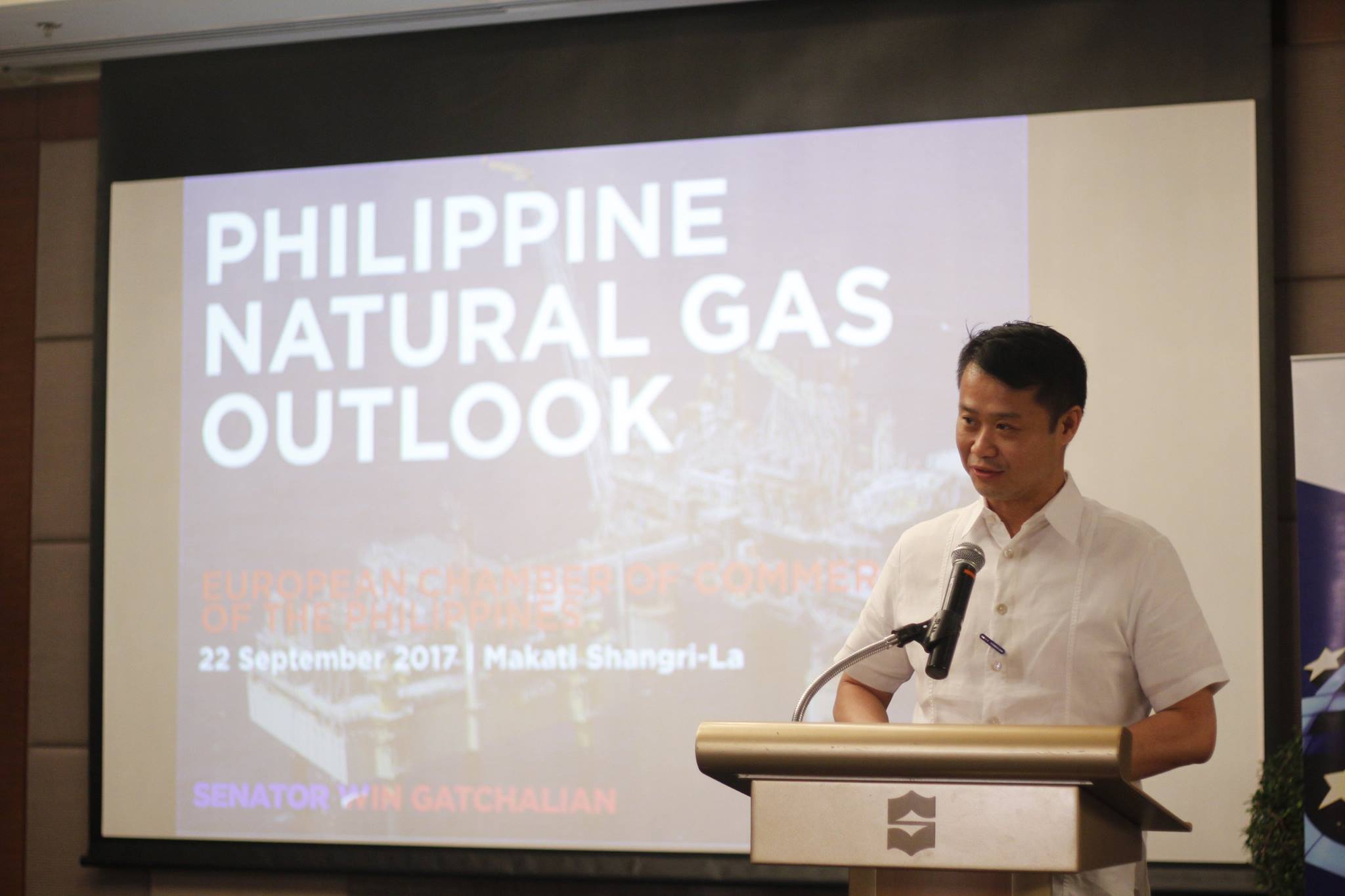 On 22 September 2017, the ECCP had a Luncheon Meeting with Senator Sherwin “Win” Gatchalian, in his capacity as the Senate Energy Affairs Committee Chair.

The audience received a presentation from the Senator on the Philippine Natural Gas Outlook, which highlighted the milestone that the Malampaya Power Plants have become, which has displaced expensive fuels, and doubled coal consumption for the past 16 years; and the quarter share of Natural Gas in the Energy Mix.

With the consideration that the Malampaya Power Plants will start depleting by 2024, the Senator presented 3 options: