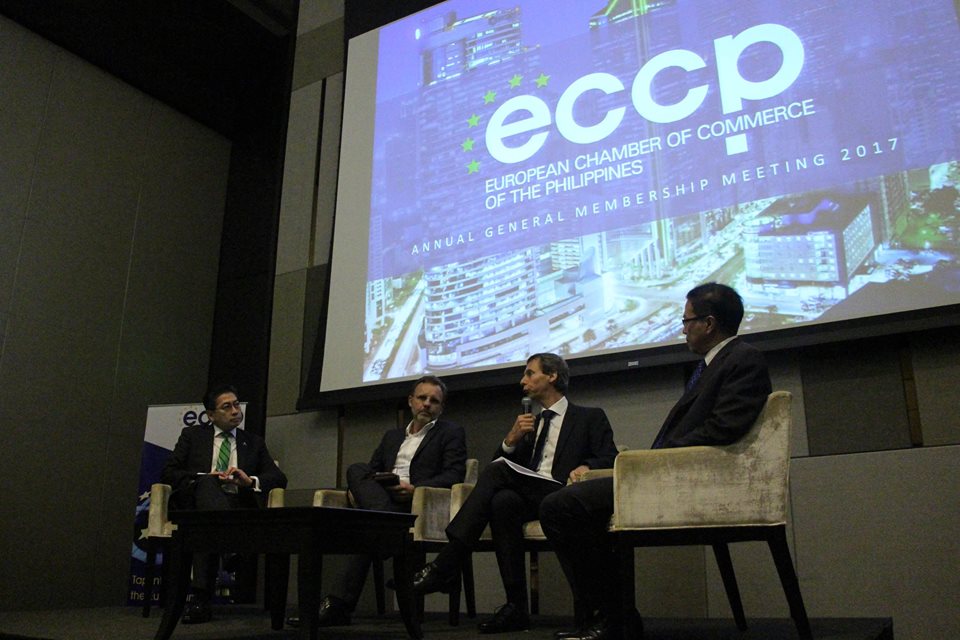 During the Annual General Membership Meeting last Friday, 16 June 2017, members of the academic and private sector had a discussion on Tax Reform for Sustained and Inclusive Growth. Below are the highlights of the discussion which was kicked off by former UP School of Economics Dean Mr. Ramon Clarete, who delivered a presentation on the tax reform, followed by a panel discussion with Mr. Walter Van Hattum, Head of Economic and Trade Section of the EU Delegation to the Philippines, Mr. Jacques Reber, Nestle Philippines CEO, and moderated by Mr. Tony Abad.