The Philippines remains among the fastest growing Southeast Asian economies in 2017, with upgrades to sovereign investment ratings confirming improvements in the country’s macroeconomic fundamentals. The Philippines ranked 56th in the 2017-2018 Global Competitiveness Index, with an expected 6.7% GDP growth in 2018.

As a result of high economic growth and more international business activities, commercial transactions in the Philippines have become increasingly complex, necessitating careful management of business risks. When deals go sour, business partners often look to the judicial system to resolve their disputes. However, for various reasons, resort to courts may not be the most cost-effective mode of dispute resolution.

The government has been promoting the use of alternative modes of dispute resolution ("ADR"), including arbitration. The government itself has mandated its agencies to include ADR clauses in certain government contracts. The Supreme Court has also issued procedural rules clarifying and limiting court intervention in disputes covered by arbitration agreements.

For these reasons, companies need to understand better how arbitration works. This Business Forum will: 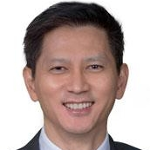 Leng Sun is Baker & McKenzie’s Global Head of Arbitration. He is a Senior Counsel of the Supreme Court of Singapore and is also qualified in Malaysia and England. Leng Sun has a broad commercial practice that covers maritime law, international trade and company law. Leng Sun is the Deputy Chairman of the Singapore International Arbitration Centre (SIAC) and a Chartered Arbitrator. He is the Deputy Chairman of the SGX (Singapore Exchange) Appeals Committee and the Immediate Past President of the Singapore Institute of Arbitrators.

Leng Sun has most recently been recognized among the top lawyers worldwide by 'Who's Who Legal - Litigation 2017' and "Who's Who Legal - Arbitration 2017". He is described by Chambers Asia-Pacific 2017 as "one of the best arbitrators and practitioners in arbitration." 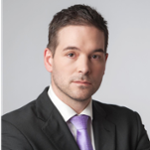 As Deputy Registrar & Centre Director of the Singapore International Arbitration Centre (SIAC), Kevin assists with the administration of all cases filed with SIAC and the supervision of SIAC's multinational Secretariat.

Since joining SIAC in 2012, Kevin has assisted with and overseen the administration of more than 1,000 international cases under all versions of the SIAC Rules and the UNCITRAL Arbitration Rules, among others, and has significant experience in SIAC cases conducted under the Expedited Procedure and applications for the appointment of an Emergency Arbitrator. He also worked closely on the revisions to the SIAC Rules 2013, the SIAC Rules 2016 and the SIAC Investment Arbitration Rules 2017.

Kevin holds a B.A. from Mount Allison University and a J.D. from Osgoode Hall Law School. Kevin worked at one of Canada's prominent 'Seven Sister' law firms and then went on to study an LL.M. in International Commercial Arbitration at Stockholm University. He is qualified as a Barrister and Solicitor with the Law Society of Upper Canada. 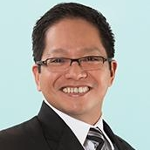 Donemark Calimon is a partner and the head of Quisumbing Torres' Dispute Resolution Practice Group. Donemark focuses on commercial arbitration, both domestic and international. His arbitration practice is supplemented by his extensive experience in civil and criminal litigation, and corporate, regulatory and tax mining litigation. He is one of the founders of the Philippine Institute of Arbitrators (PIArb) and is an accredited arbitrator of the Philippine Dispute Resolution Center, Inc. (PDRCI). He is also an accredited arbitrator of the Construction Industry Arbitration Commission (CIAC). 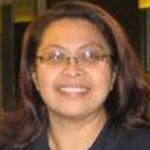 Atty. Bernadette Ongoco is the Executive Director of the Office for Alternative to Dispute Resolution under the Department of Justice. She is responsible for acting on the mandate of the OADR to promote, develop and expand the use of alternative dispute resolution (ADR) in the private and public sectors; and, to assist government to monitor, study and evaluate the use by the public and the private sector of ADR, and recommend to Congress needful statutory changes to develop, strengthen and improve ADR practices in accordance with world standards. 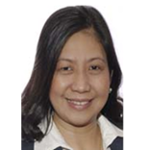 Marjorie Ramos-Samaniego
Director, Legal and Compliance Service at Board of Investments 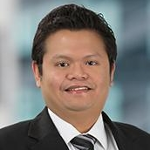 Michael Macapagal is a senior associate in Quisumbing Torres' Dispute Resolution Practice Group and is a member of the Compliance and Competition focus groups. He has eight years of legal practice involving compliance, arbitration, civil and commercial law, labor law, intellectual property and property law, public private partnerships, project finance, joint venture matters. He received the sixth highest score in the 2008 Philippine bar examinations. He is also a professorial lecturer at the Manuel L. Quezon University, where he teaches civil torts and damages law. Previously, he was an associate counsel at the Singapore International Arbitration Centre and an associate solicitor at the Office of the Solicitor General. 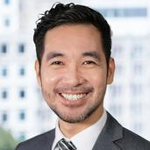 Jay Patrick Santiago is a senior associate in Quisumbing Torres' Dispute Resolution Practice Group. His legal experience covers general litigation, arbitration, intra-corporate disputes, taxation, corporate housekeeping, and mergers and acquisitions. In 2014, Jay became the first Filipino counsel at the Hong Kong International Arbitration Centre. In 2016, he became HKIAC's first accredited arbitral tribunal secretary from the Philippines. He is the Vice President for International Initiatives (Hong Kong) of the Philippine Institute of Arbitrators and the founding chairperson of Young PIArb, the first young members arbitration organization in the Philippines. He is also the youngest member of the technical working group organized by the Philippine government to propose amendments to the Philippines' arbitration law.

For inquiries, contact Ms. Mica Aragon at mica.aragon@eccp.com or call 845 1324.