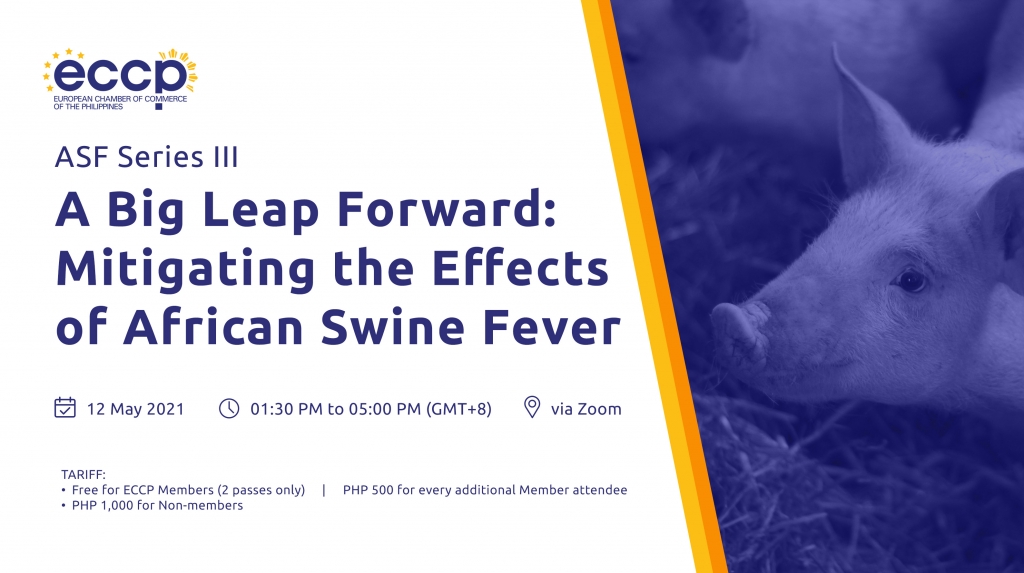 The outbreak of African Swine Fever is considered a global pandemic. The World Organization for Animal Health's (OIE) most recent condition report reveals the disease's effects in terms of deaths, which are estimated as the number of dead and culled livestock. According to the survey, the total number of pigs lost in Asia, Europe, and Africa is approximately 168,466. The outbreaks in the Philippines began in 2019. Because of the devastating effects on the pork supply and the economy, the frequency of outbreaks became worrying for both the industry and the government last year. As a result, the Department of Agriculture (DA) has stated that a national emergency is needed. The DA recently performed several rapid tests in several commercial and backyard farms throughout the country, with high precision and detection rates, to quickly identify those infected.

Given its difficulty to contain the disease rapidly without a vaccine, and since one is expected soon, responsible government stakeholders have strategized to enforce strict biosecurity steps, such as restricting live animal imports, banning swill feeding, washing and disinfecting livestock transports and materials, and other measures that will be discussed in detail.

The ECCP invites you to the third leg of the ASF Webinar Series, "A Big Leap Forward: Mitigating the Effects of the African Swine Fever," on May 12th, 2021 from 1:30pm to 5:00pm, with invited speakers from the Bureau of Animal Industry (BAI), OIE, and other experts who will discuss another situationer of this global crisis, presenting best practices, and moving forward by addressing ASF eradication.