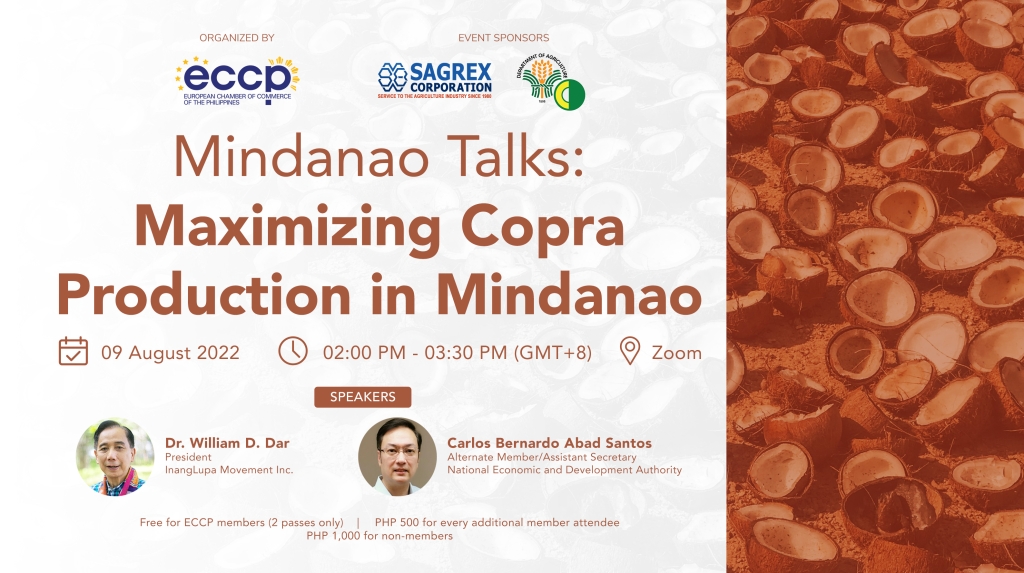 The coconut industry is one of the Philippines' most important economic sectors. Coconut commodities are the Philippines' most important agricultural export. It contributed PHP 77.4 billion to the Philippine economy in 2013, which covers 3.56 million hectares, or nearly one-fourth of the entire agricultural land area. Due to the numerous obvious uses of all of its plant parts, coconut truly merits the moniker "tree of life." The coconut products exported include virgin coconut oil, coconut water, desiccated coconut, copra meals, oleochemicals, and coconut sugar, which are gaining traction in the export market, particularly if they are labeled "organic." The volumes and values are currently small, but they have the potential to grow into major exports.

According to the Republic of the Philippines Department of Agriculture (2021), agriculture and other agriculture-related industries show have a very strong potential to become major drivers of the economy due to the prevalence of large tracts of fertile lands and relatively low susceptibility of Mindanao to severe calamities, typhoons, and associated flooding that frequently devastate the production in Luzon and Visayas. For over a century, the average income of local farmers has been 2.5, which is below the poverty threshold level. Factors contributing to this dilemma are the low productivity of old and fertilized coconut trees. Furthermore, despite the steady growth of coconut exports, the coconut sector has not seen considerable progress in recent years due to poor investments. However, the copra production in this quarter increased by 3.6 percent to 4.20 million metric tons. Davao Region was the leading producer, followed by Northern Mindanao and the Zamboanga Peninsula, second and third, with 11.9 and 11.0 percent shares, respectively, in Mindanao production. Another factor is the bias regarding policies of the government concerning tree crops. Specifically, the public sector investments have focused their attention on irrigated rice production only. Second, the slow implementation of CARP led to uncertainties and militated against investment in long-gestating tree crops. Lastly, high real interest rates and a limited grace period for crops result from macroeconomic policies of the government relating to gestating investment crops.

In line with this, the European Chamber of Commerce of the Philippines (ECCP), will be hosting a webinar entitled "Mindanao Talks: Maximizing Copra Production in Mindanao" on 09 August 2022 from 2:00 PM to 3:30 PM (GMT +8), via Zoom. Experts from various organizations will be sharing their insights and experience on the Role of the Copra Industry in the Philippine Economic Prosperity.