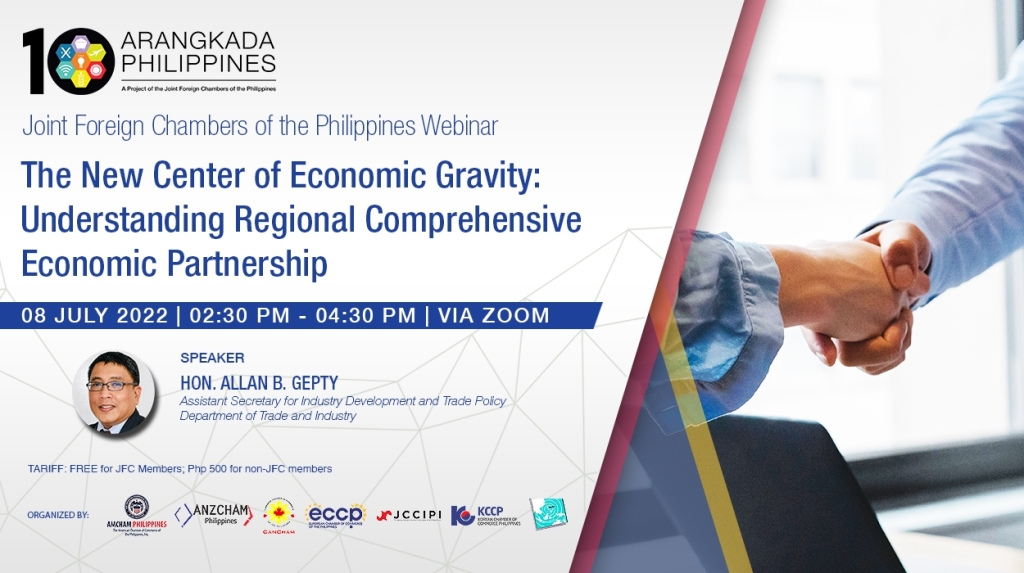 According to various think tanks and debt watchers, regional growth in Southeast Asia is projected to continue to recover in 2022, although at a slower rate due to the threats of newer COVID-19 variants. Still, the baseline 2022 GDP growth projection for the region anticipates sustained improvement. In order to support inclusive prosperity in ASEAN, increasing post-pandemic recovery efforts and the enactment of key economic reforms are equally important. With the foregoing, it is important to push for the utilization of free trade agreements and ratification of proposals on economic partnerships, which will frame a sustainable growth narrative for the member states through increased trade and investment. One of the key trade pacts that will strengthen such economic integration is the Regional Comprehensive Economic Partnership (RCEP).

As reported by the ASEAN+3 Macroeconomic Research Office (AMRO), the Philippines will likely grow slower than previously expected as the service-driven economy remains vulnerable to lockdowns. With the RCEP's full ratification, the Philippine business community will be at a competitive advantage in trade together with other RCEP members. The ratification of the trade pact will complement other well-received economic reforms initiated by the current administration, such as amendments to the Foreign Investment Act, Retail Trade Act, and Public Services Act, in demonstrating to the world that the fast-growing Philippine economy is an increasingly attractive bastion for new and expanding foreign investment. Likewise, the Agreement will be critical in boosting foreign investor confidence in the country, which is vitally needed to rebuild the economy. President Rodrigo Duterte ratified the agreement last 2 September 2021, while the Philippine Senate deferred the RCEP ratification after some senators voiced concern over safeguard issues. It will now be up to the 19th Congress to tackle the RCEP when the session opens in late July.

With its promises to deliver new business and employment opportunities and strengthen supply chains in the Southeast Asian region, the RCEP promotes the participation of SMEs in regional value chains and production hubs through new market access commitments and streamlined mechanisms that facilitate trade and investment. Along with coordinated pandemic response measures, RCEP implementation and digital transformation will stimulate all-encompassing growth and development in the Philippines and its ASEAN peers alike.

In this context, the European Chamber of Commerce of the Philippines (ECCP), together with the Joint Foreign Chambers of the Philippines, is organizing this Webinar on RCEP entitled "The New Center of Economic Gravity: Understanding the Regional Comprehensive Economic Partnership." With the presence of keynote experts on the ground, the online session aims to discuss the RCEP countries' ratification updates and status. It will also explore the economic impacts of RCEP on ASEAN in the post-pandemic recovery, as well as its implications for the Philippine economy.

How to access the webinar: In a separate email, you will receive the link sent via Zoom.