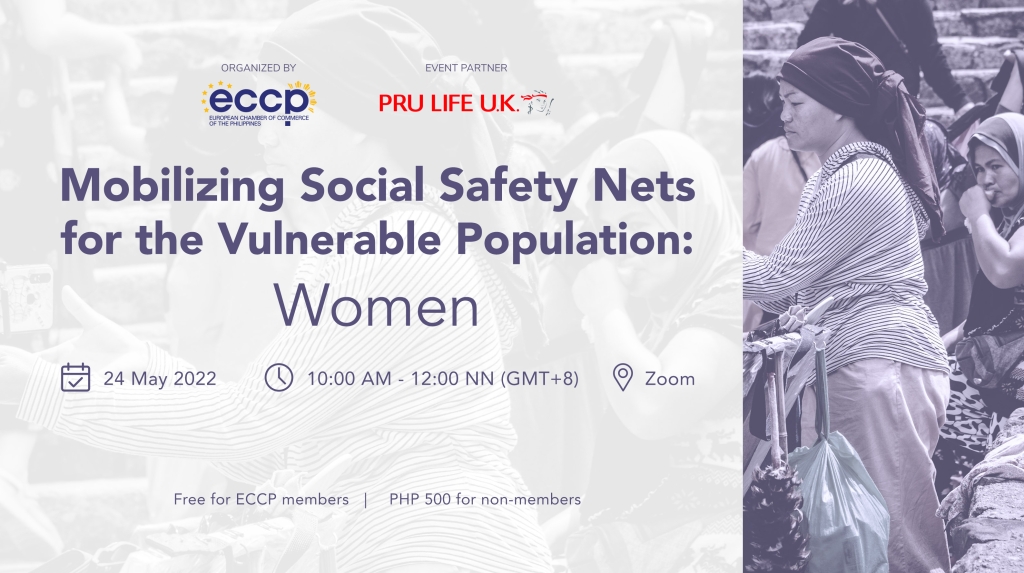 The world encountered and overcame numerous challenges in the past years of the pandemic. Not only did this pandemic cause difficulty such as the loss of income, health, and wellbeing, as well as limited access to several goods and services. It also emphasized the vulnerability of members of society, including women, retirees, and the Overseas Filipino Workers (OFW).

The United Nations Office for the Coordination of Humanitarian Affairs (OCHA) reported that increasing gender inequality had been recorded in the Philippines even before the pandemic. Similarly, for retirees, "the fatality rate for older people is higher than the younger population, and for those over 80, it is five times the global average". Meanwhile, for the members of the working population who are based abroad, "the Philippines saw a drastic 75% reduction in the deployment of Overseas Filipino Workers (OFWs), which constitutes the lowest deployment numbers in over three decades".

As we move forward and face the new normal together, it becomes necessary to be equipped with knowledge on social safety nets that we can acquire when problems arise. What we once thought was an impossibility had become a reality. Preparing for what's to come and protecting ourselves now becomes our next step.

The necessity of personal financial wellbeing and insurance is now highlighted. Working together will significantly help provide the financial stability and security needed by members of society to face the future with confidence.

In this regard, the European Chamber of Commerce and Pru Life UK will be hosting a webinar series held via Zoom. Join us as we engage in discussions on opportunities and partnerships towards protecting each other and empowering the vulnerable.

How to access the webinar: You will receive the link sent via Zoom in a separate email.