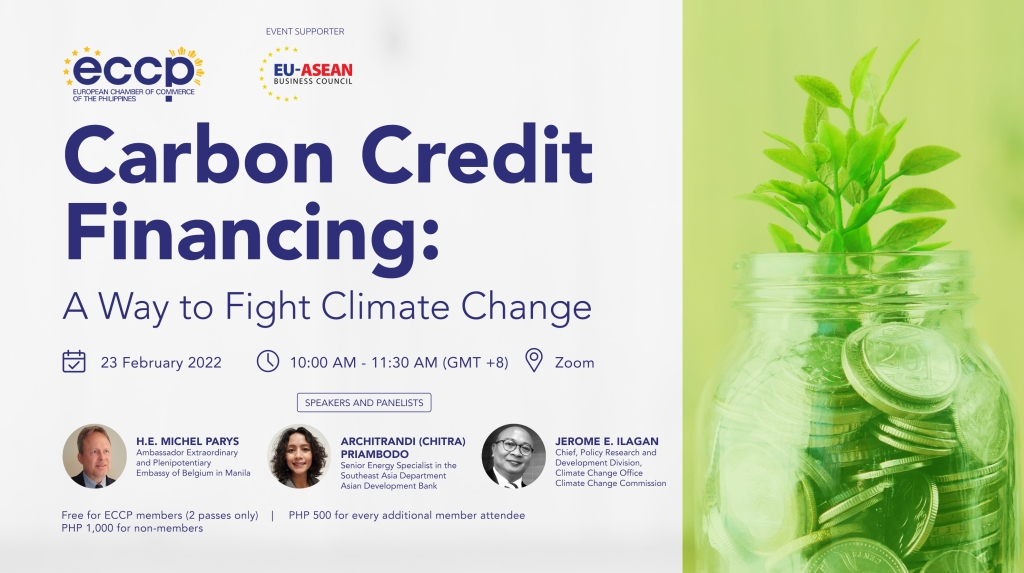 Greenhouse gasses have kept the Earth's temperature habitable for humans and millions of other species by trapping heat from the sun. However, these gasses are now out of balance, posing a serious threat to the planet's ability to sustain life - and where it can do so. According to the United Nations, the idea of Carbon Credit Financing started with people who simply refer to carbon trading because carbon dioxide is the most common greenhouse gas.

A carbon credit is a permit that entitles the holder to emit a specified amount of carbon dioxide or other greenhouse gasses in a certain amount of time. The goal is to gradually lower the quantity of credits issued, incentivizing businesses to come up with new strategies to cut greenhouse gas emissions. As for the Philippines, House Bill 2184, introduced by Antique Rep. Loren B. Legarda suggested a cap-and-trade system in the industry to reduce greenhouse gas emissions and address climate change.

With this, the European Chamber of Commerce of the Philippines (ECCP) is organizing a webinar entitled "Carbon Credit Financing: A Way to Fight Climate Change" on 23February 2022 at 10:00 AM to 11:30 AM. With invited speakers from the Department of Finance, Department of Trade and Industry, Department of Environment and Natural Resources, Climate Change Commission, Asian Development Bank and other experts who will discuss the impact of greenhouse gasses and how we can fight the increase of carbon with the help of Carbon Credit Financing.