Funding the future: Financial Instruments for Agribusiness in the Philippines 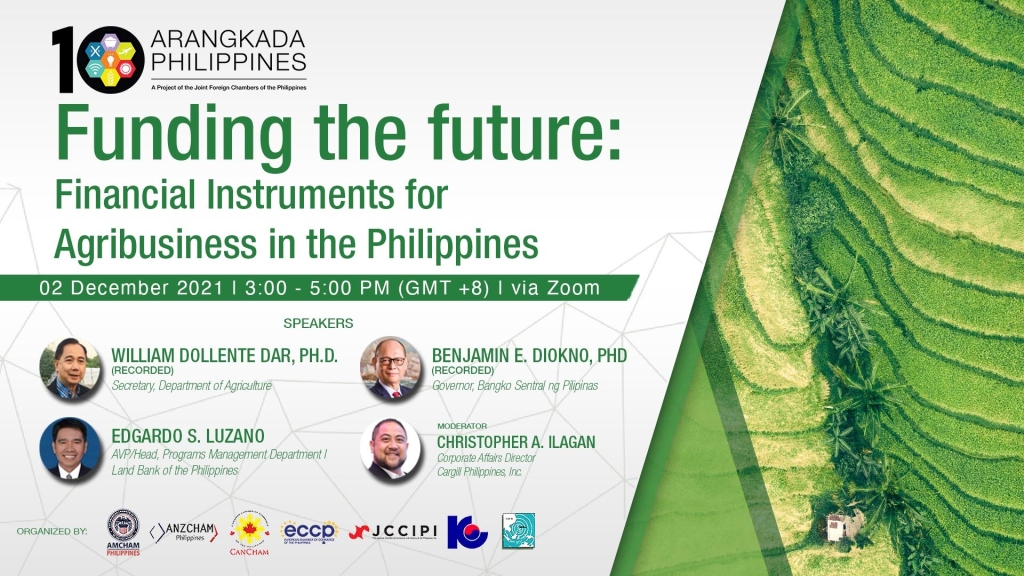 Access to finance remains a perennial challenge for smallholder farmers to secure enough capital to raise farming productivity as well as improve their livelihoods. In the Philippines, private sector finance for agriculture is governed by Republic Act (RA) No. 1000 or The Agri-Agra Reform Credit Act of 2009 (Agri-Agra Law) mandating banks to set aside 15 percent for agriculture and 10 percent for agrarian reform beneficiaries.

The government has noted that compliance to the said law remains to be challenging. Data from the Bangko Sentral ng Pilipinas show that loans for Agri-Agra for the year 2020 amounted to PHP713.6 billion which is 2.8% lower than the reported figure in 2019 at PHP733.92 billion. Overall, the banks posted an estimate of 9-10% of the compliance ratio which is well below the mandated 15%. To address this, the BSP along with the Department of Agriculture (DA), Department of Agrarian Reform (DAR), Agricultural Credit Policy Council, and several other government agencies have pushed for the amendments of the Agri-Agra law since last February and have published the amended IRR of the said law.

It is in this context that the Joint Foreign Chambers (JFC), led by the European Chamber of Commerce of the Philippines, are hosting a webinar entitled, "Funding the future: Financial Instruments for Agribusiness in the Philippines" on 02 December, 3:00 - 5:00 PM via Zoom. The webinar aims to raise awareness and bring back focus on this important topic and help Filipino farmers and the agriculture sector recuperate from the adverse effects of the pandemic. The virtual session will feature updates on government initiatives to improve financial access for farmers and highlight bank programs and portfolios to help farmers and fisherfolks further improve and modernize their day-to-day operations.