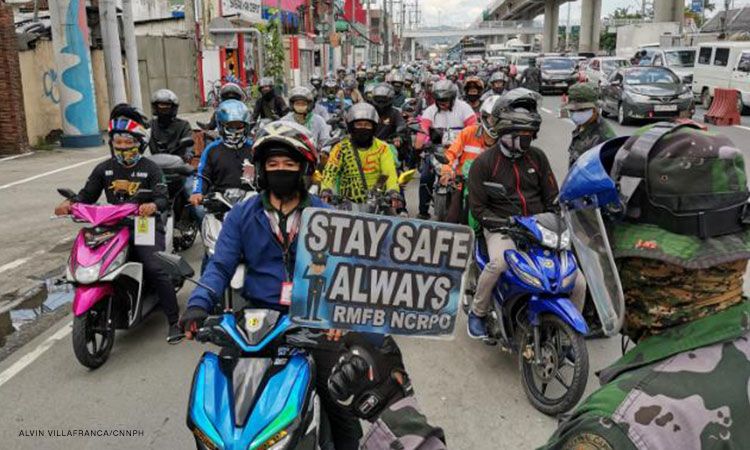 Metro Manila (CNN Philippines, July 15) — The OCTA Research Group is worried about the Philippines' fate if it experiences the same surge Indonesia is battling due to the Delta coronavirus variant.

OCTA fellow Dr. Guido David said Indonesia had a better daily attack rate and vaccination rate compared to the Philippines before the surge. But Indonesia is now in shambles as the most feared variant tears through the Southeast Asian nation.

The world's fourth most populous nation is facing one of Asia's worst COVID-19 outbreaks. It reported over 40,000 new cases on Tuesday. Dozens are dying in hospitals due to shortage of oxygen supplies. Local authorities believe the severe wave of COVID-19 is driven by the more infectious Delta variant.

OCTA Research fellow Dr. Guido David said what's happening in Indonesia is similar to the surge in the Philippines back in March to April when the Alpha and Beta variants spread in communities, especially in Metro Manila. This surge led to stricter lockdowns and overwhelmed hospitals in the capital region and nearby provinces.

Medical experts say Delta is 40% to 60% more transmissible than the Alpha variant.

David said the Philippines will have a hard time battling the Delta variant once it spreads in the country due to the current relaxed quarantine restrictions.

"It's the game-changer. We're not going to be able to defend as well against this Delta variant when it hits us because of our loosened restrictions," he told CNN Philippines.

OCTA stressed it is not recommending the imposition of stricter community quarantine classification as there is no local case of the Delta variant yet. But it said that if it reaches the communities, another surge similar to the one that happened a few months ago is a possibility.

The Philippines has so far recorded 19 Delta variant cases from incoming travelers, but they were immediately isolated and quarantined upon arrival.

The research group lauded the Philippine government's efforts in keeping the Delta variant out of the community.

"Right now the government is doing a great job of keeping the Delta variant out of the country... We're one of the few Asian countries that have not been hit by the Delta variant," David said.

The country enforced travel restrictions over Indonesia, India, and seven other countries amid the threat of the feared variant.

Health officials have urged the public to get vaccinated and keep practicing minimum health standards to stay protected against COVID-19 and variants.